Volant is a unique village of quaint shops, restaurants, wineries and distillery located on Route 208 only 10 minutes from I-79 and I-80. Visitors shop year-round on the old-fashioned main street nestled in the rolling hills of scenic western Pennsylvania Amish country. Volant and surroundings area of Lawrence County are the 3rd largest Old Order Amish Sect in the nation.

The pulse of Volant can be found along Main Street where Amish buggies co-mingle with automobiles. Many visitors enjoy the quaint, quiet hometown experience of spending the day in Volant.

The land on which the borough of Volant currently sits on was bought from the native Americans in 1784. The first gristmill was built on Neshannock Creek in 1806, upstream from the current site. It was abandoned after a few years, and a new mill was built in 1812 at its current location at the center of Volant’s historic main street.

In 1847 an Amish settlement was established between New Wilmington and Volant. In 1868, J.P. Locke purchased the mill and 100 acres (0.40 km2) of land and began laying out a settlement of 30 lots, which he called Lockeville. With the help of the railroad, his attempts to create a settlement were successful. Lockeville began to grow and prosper, and in June 1893 the settlement changed its name to Volant and was incorporated as a self-governing unit.

The first store was built in 1877 by John and William Graham. By the turn of the 20th century the village was a bustling commercial community. Thanks to the New Castle-Franklin railroad Volant became a popular shopping district. The mill remained the nucleus of the town. Because of Volant’s rural location there was a livery stable, two harness shops, a blacksmith and a veterinarian, as well as some shops. In addition, there was a college which attracted students from the surrounding communities. As the town progressed toward establishing larger business ventures, a stone quarry was begun around 1900, as well as a lumber mill and brick company. The growing need for petroleum spurred an oil boom north of Volant. The drilling continued until the beginning of World War I.

With the Great Depression came a gradual decline of the economy. As the economy worsened the business district diminished to almost nothing. The mill, which was primarily responsible for Volant’s success, closed its doors in the early 1960s, and the trains stopped running through Volant in 1975. Volant soon became forgotten and returned to its rural roots.

In 1984, a renaissance began with the old mill as its centerpiece. Opening its doors for the first time in over 20 years as a country gift and antique store, it paved the way for a business revival that still continues. Encouraged by its success, other shops were opened on Main Street. After several years of rapid growth, there are now over 30 shops and restaurants, turning Volant from a sleepy little village into one of western Pennsylvania’s most popular tourist attractions. 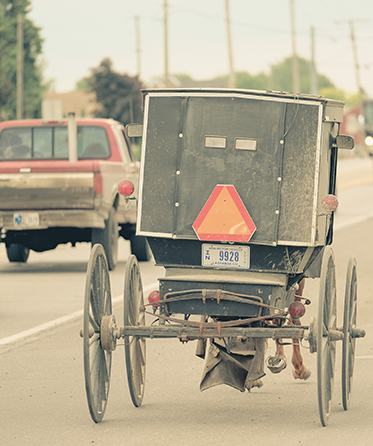