Do You Know Your Coffee Beans?

Have you ever looked at a bag of specialty coffee beans and noticed that the package says 100% Arabica coffee? Do you know what that means? Or, are you like a lot of other coffee lovers out there that think Arabica beans are the only type of coffee bean available?

All of Miss Scarlett coffees are made from delicious Arabica Beans!

Arabica beans make up about 60-70% of the total world coffee consumption. Roasts made from Arabica beans are considered higher quality and often pricier. Coffee shops typically serve Arabica bean blends. Overall, these beans have more acidity compared to Robusta beans but are super flavorful. Arabica beans are grown throughout the Coffee Belt, but mostly in Latin America. Depending on where they grow in the three Coffee Belt regions they can have vastly different flavors.

Robusta coffee beans are the second most used coffee bean. These are what Americans are used to brewing at home and what is purchased in grocery stores. Supermarkets also sell blends with Robusta and Arabica beans too. Robusta beans contain twice as much caffeine as Arabica beans, but look like little balls instead of the typical almond shaped bean we visualize. These are mainly grown in Africa and Indonesia. They are easier to grow than Arabica beans because they can thrive in low or high altitude. The product tends to be harsher and more bitter due to the effects that roasting has on Robusta beans. However, they’re great for making espresso shots because of their deep flavor. This type of bean holds up better when you add cream and sugar, unlike Arabica beans whose flavor tends to change. Robusta beans are grown only on the Eastern Hemisphere, and therefore appear only in two of the three regions in the Coffee Belt.

The Robusta bean is a less expensive bean than the Arabic bean. This is a perfect coffee for cream and sugar lovers! A good quality Robusta will not lose flavor when adding milk or sugar.

Liberica beans can be pretty big in size, and have the unique characteristic in which many Liberica beans are asymmetric – one side is “lower” than the other, causing a little “hook” at the bottom of the bean. It is the only bean species in the world with this irregular shape.

Its almond-shaped beans give off an amazing aroma, almost floral and fruity, whilst its flavor is full and slightly smoky. It is an entirely separate species of coffee, with a very distinctive taste profile.

Many people who purchase Liberica coffee beans use them to mix with other varieties like Arabica and Robusta, making it add a true wow factor to a morning cup of joe.
Those coffee lovers who have had Liberica coffee say that it is unlike any coffee they have ever tasted- with many saying it does not even taste like coffee, stating that it tastes very woody in flavor.

Excelsa coffee beans aren’t used very widely; they represent only 7% of the world’s coffee consumption. They grow in Southeast Asia and are considered a genus of Liberica beans. However, the flavor is tarter and fruitier.

The Excelsa coffee bean has been recently re-classified as a member of the Liberica family. However, taking a closer look at this variety, you can see that the two flavors couldn’t be any more different.

Excelsa is largely used in blends in order to give the coffee an extra boost of flavor and complexity, better affecting the middle and back palate. 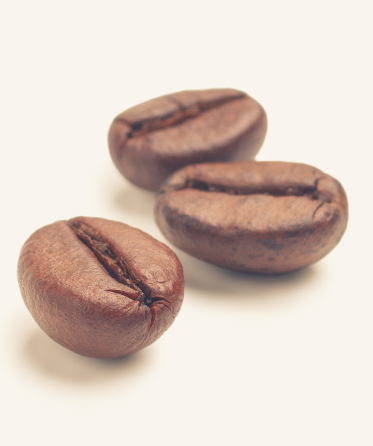